Our Network - Network of Institutions for Future Generations

Model Institutions represent a diversity of solutions to overcome social and political short-termism and protect the interests of future generations. There are parliamentary commissions, advisory councils and committees among these bodies with similar roles but different design. For some, it is the notion of sustainable development that provides a conceptual platform for operation, while others work on the basis of fundamental rights protection. Find a general introduction to each establishment and their availability below. For a comparative analysis on the work and set-up of the institutions find more information under the Work section.

Committee for the Future - Finland

The Committee for the Future was established in 1993 from the very beginning as a committee in the Finnish Parliament. It deliberates parliamentary documents referred to it and, when requested to do so, makes submissions to other committees on futures-related matters, which are included in their spheres of responsibility and have a bearing on development factors and development models of the future. The Committee conducts research associated with futures studies, including their methodology. The Committee also functions as a parliamentary body that conducts assessments of technological development and the effects on society of technology.

The Parliamentary Advisory Council on Sustainable Development was established in 2009 as a result of a top-down initiative against the background of the challenges posed by globalization. The Council is a multi-stakeholder body, which works within the Parliamentary system, bringing sustainability to the level of decision-making. "In parliament, the advisory council assumes the role of a "watchdog". It "barks" as soon as an initiative fails to bear in mind the National Sustainability Strategy. Hearings and position papers allow debates to be initiated, making the advisory council an important as well as living part of parliament." Its main functions include presenting recommendations on medium and long-term planning, carrying out the evaluation of the sustainability impact assessment, and developing goals, measures and instruments on topics related to social cohesion, quality of life, and intergenerational justice. The Council is currently chaired by Mr. Andreas Jung.

Commissioner of the Environment and Sustainable Development - Canada

The Well-being of Future Generations Act (Wales) was passed by the Welsh Assembly in 2015 and came into force in 2016, establishing the post of a Future Generations Commissioner / Comisiynydd Cenedlaethau'r Dyfodol Cymru. The Act is binding on 44 public bodies in Wales, including the Welsh Government ministers, the local authorities, and a wide range of other national bodies. It puts in place seven well-being goals which public bodies must work towards. These are: a prosperous Wales, a resilient Wales, a healthier Wales, a more equal Wales, a Wales of cohesive communities, a Wales of vibrant culture and thriving Welsh language, and a globally responsible Wales. It also sets out five ways of working which public bodies must use in order to deliver sustainable development. These are: long-term thinking; preventative action; integration across the goals; collaboration with others; and involvement of stakeholders and citizens. In 2016 Sophie Howe was appointed as Wales’s first Future Generations Commissioner /Comisiynydd Cenedlaethau'r Dyfodol Cymru. Her job is to be the guardian of future generations by promoting the sustainable development principle, advising and guiding public bodies in using the 5 ways of working to maximize their contribution to the well-being goals, and monitoring and assessing the extent to which they are doing so.

In March 2001, the Knesset established a Commission for Future Generations, an inter-parliamentary body to audit legislation on the impacts for coming generations. With specific focus on the creation of 'a dimension of the future that would be included in the primary and secondary legislation of the State of Israel', the Commission operated with a five-year mandate to defend the needs and the rights of future generations. One of the first steps in establishing the Commission for Future Generations was the need to define which policy areas were "of particular interest to future generations," as this was the wording of the law. Even though the Commission's initiators were apparently not familiar with the concept of sustainability, it ended up with twelve policy areas that matched the principle components of sustainability. The Commission effectively had informal veto power over lawmaking, similar to the impact of a filibuster in the US Congress. The Israeli Commission for Future Gene- rations was a significant initiative, the first explicit representation of future generations within government. Commissioner Shlomo Shoham 2001-2006 took a systemic and integrated approach in his opinions and challenged business as usual. After Shoham's term ended, the government changed and for budgetary reasons no new Commissioner was appointed.

The Office of the Ombudsman for Children was established in 1981 as the first Children's ombudsman in the world. It is an advocate for the rights of children and young people today, and its mandate is to ensure that Norwegian authorities comply with the Convention on the Rights of the Child, which is enshrined in national law. The Ombudsman is an independent office, appointed by the King and occupies the post for six years. It is free to form its own opinion and decide what areas to focus on. These areas include education and cultural rights, children with disabilities, sexual exploitation and abuse, family and alternative care, among many others. The office has statutory powers to investigate individual complaints, monitors legislation and policy, and has an advisory role to influence legislation and decisions concerning the wellbeing of children. It cannot, however, reverse or veto decisions made by governmental authorities. The Office has a strong focus on providing positive influence through a number of means, including holding lectures and seminars for people who work with/provide services for children, giving interviews to the media and being active on social media platforms, providing information on the rights of children, and most importantly developing and maintaining personal connections with the children and young people themselves to talk about their experiences and relaying recommendations and perspectives to decision-makers. Anne Lindboe became Ombudsman for Children in 2012 and will hold office until 2018.

The need for an Ombudsman for Future Generations was recognised and accepted by the Hungarian Parliament in 2007. In 2011 the Parliament recognised the need to protect natural resources at constitutional level by stating in the Fundamental Law that: "agricultural land, forests and drinking water supplies, biodiversity – in particular native plant and animal species – and cultural assets are part of the nation's common heritage, and named the State and every person to be obliged to protect, sustain and preserve them for future generations". It established a direct link between the environment, the interest of future generations and basic constitutional rights such as the right to a healthy environment and the right to physical and mental health. While the institutional set up of the ombudsman system has gone through several changes over the years the main approach has not been changed. The Ombudsman for Future Generations is still elected by the Parliament with a majority vote of two-thirds. The Ombudsman can initiate investigations upon complaints and ex officio; propose to turn to the Constitutional Court in cases where there is a strong belief that a national or local piece of legislation is in violation of the Fundamental Law. In the course of these procedures he has access to all relevant documents. His mandate includes the right to examine national and local legislative actions; to monitor policy developments and legislative proposals to ensure that they do not pose a severe or irreversible threat to the environment or harm the interests of future generations. In October 2012 Marcel Szabó was elected by the Parliament to be the Ombudsman for Future Generations and the Network of Institutions for Future Generations was established at his initiative in 2014. After he became a judge at the Hungarian Constitutional Court, the Parliament elected Prof. Gyula Bándi in February 2017 as the next Ombudsman for Future Generations for a six year period.

Commissioner for Sustainability and the Environment - Australia Capital Territory

Join us or Learn more: 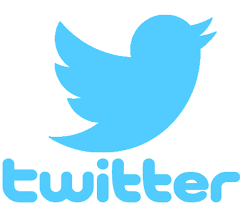 I am very honoured to Chair this important Network as we continue to provide a voice for future generations across the world. The Network offers an opportunity for nations to work together to combat present and future challenges. We’ve all got a part to play in the well-being of the planet and its peoples.

View all testimonials
Members of our Roundtable